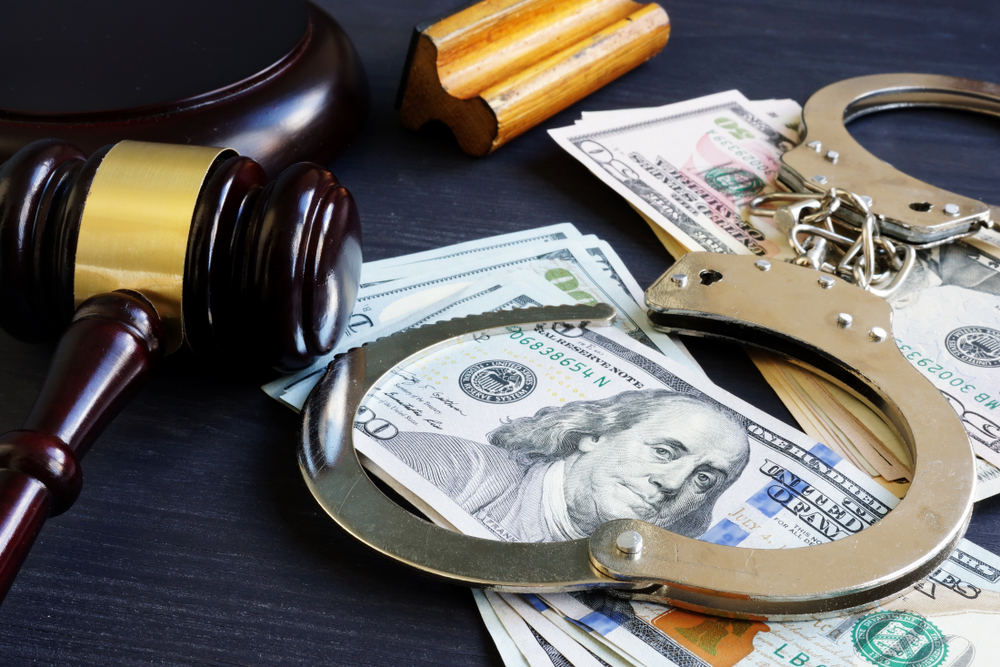 What Are Bail Bonds?

A bail bond is the amount of money that you or a bail bondsman (on your behalf) needs to pay to the Nevada Court to get a defendant released. In most cases, your friends or relatives are the ones who bail you out. This is commonly done through a bail bondsman (agent/agency) who pays the complete bail amount on your behalf to the court.

Various personal assets are used as collateral to pay off a bail bond, including:

At this point, it becomes important to understand that jumping bail or not paying the amount can come with serious consequences. Let us learn more about it.

What Happens If You Don't Pay Bail Bonds?

If you do not pay your bail bonds, you can get sued by a bondsman, have your bond revoked, and get jail time. You may be required to be in jail or a detention center until you can find a way to make the payment or till your case is finally resolved (whichever is earlier).

What Are The Consequences of Not Paying Bail Bonds

When you are charged with a criminal offense that leads to jail, a certain amount of money is required to be paid to the court if you want to stay out and free until your court date. This amount is known as the bail bond. Bail bonds are signed as an assurance to the court that the offender will appear promptly at the time of trial.

How Long Will You Stay in Jail if Bail Is Not Paid?

Well, jail periods can vary from a few days to indefinite, depending on how long your trial runs and when your case is finally resolved.

It is important to note here that you do not necessarily need enough cash at hand to bail a loved one.

Collaterals can be provided in the form of property, valuable assets, car title, etc to a bail bondsman agency who will then act on your behalf to secure a bail. After the case is completed and marked as resolved in the court books, you are liable to get your collateral back.

What Happens if You Jump a Bail?

Skipping bail (or jumping bail) is a term that refers to the arrestee’s failure to reach the court on the day of the trial.

This can happen due to a number of reasons like:

Whatever the reasons are, jumping bail has serious consequences like:

Another consequence could be the Court increasing the amount of bail that you need to pay.

What Happens if You Don’t Pay Back to a Bail Bond Agency?

When you work through a bail bondsman, you are required to sign a contract that you are legally obligated to follow. The contractual agreement is not just a legal arrangement with the bail bondsman but also with the Court.

What Are the Consequences of Failing to Pay The Bail Bond?

A failure to comply simply means that you need to pay the full bail cost, not just the amount paid to the bail bondsman. Most contracts have a clause that states that a bail bond agency in Las Vegas can turn you over to the authorities if such an instance occurs.

A bail bondsman can then hire a bounty hunter and also request the court to issue a bench warrant in your name. Additionally, there are also instances when a friend or family member applied for bail on your behalf. Under these circumstances, they too are held liable to fulfill the terms of the contract.

They are responsible for your appearance in court and payment of the bail bond. A failure to do so means that they may be held liable until the court awaits your appearance. They will be asked to pay the bail bondsman the complete amount of your bail which may run to several thousand dollars.

What Are The Benefits Of Paying Bail Bonds?

If you or a loved one recently got arrested, it can be a very traumatizing experience, especially if it is the first time. Reaching out to a bail bondsman can help you get out of jail as soon as possible, and can help ensure that your rights and your future are protected. Paying a bail bond will help you or someone you care about get bailed out.

Benefits of paying bail bonds include the following:

Contact us if you or someone you care about needs help getting bailed out. We offer services to individuals facing both minor misdemeanors and serious felonies.

In the event that bail is revoked, the bail bond agency has to pay the entire cost of the bail to the Court. However, having done so, they are then legally permitted to sue you and your family members to collect the payment amount.

Suing over delinquent payments is done when you fail to make an appearance or pay for the bail bond. A default on several consecutive payments may force the bail bonds agency to take this step.

Bail bond agencies are your best friends if you are going through this tough phase. That said, payments are required to be made once you’ve made a financial contract with them. Understand your legal responsibility and make sure you fulfill it.